Respecting The Emotions of Autism

The Autism News reported on the release of  the Affectiva Q Sensorr on May 17.  I couldn’t find any media images on the Affectiva site, so I borrowed this from Bing in hopes that they won’t mind me giving you a look.  Please check out their site. 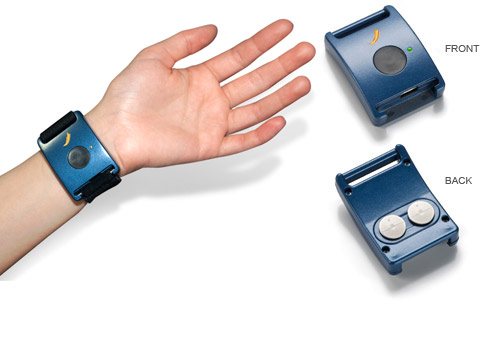 What is most significant about this technological development is that it respects the fact that people with autism have emotions.  This becomes clear when listening to Professor Rosalind Picard. In the video below, she talks about the emotions of people with autism.  She explains how easily they are misunderstood when those who work with them are unaware of their emotional state.

She also talks about the way they involved those with autism in their research.  In other words, they respected their emotions.  Rather than dehumanizing, they humanized them.  As a result, it would appear that they benefited from the insight of their autistic co-developers.

I congratulate Professor Picard, Affectiva, and the researchers at MIT Media Lab who are doing such fantastic work on behalf of all people, but especially those with autism.   I can remember visiting the MIT Media Lab for their Wearable Computing Seminar in October of 1997.   This was the first time I ever heard the phrase affective computing.

Now these many years later I can see the beginning of what could be a whole new world of communication for those with autism.  Here is a form of communication that makes their emotions clearer.  It allows people with autism who have difficulty communicating to be put into positions to succeed rather than situations where they will fail.

This is technology that overcomes a human limit, which is what my blogging is all about.

My focus is using technology to overcome human limits. As a father of a family with disabilities, this has become my mission and personal journey.